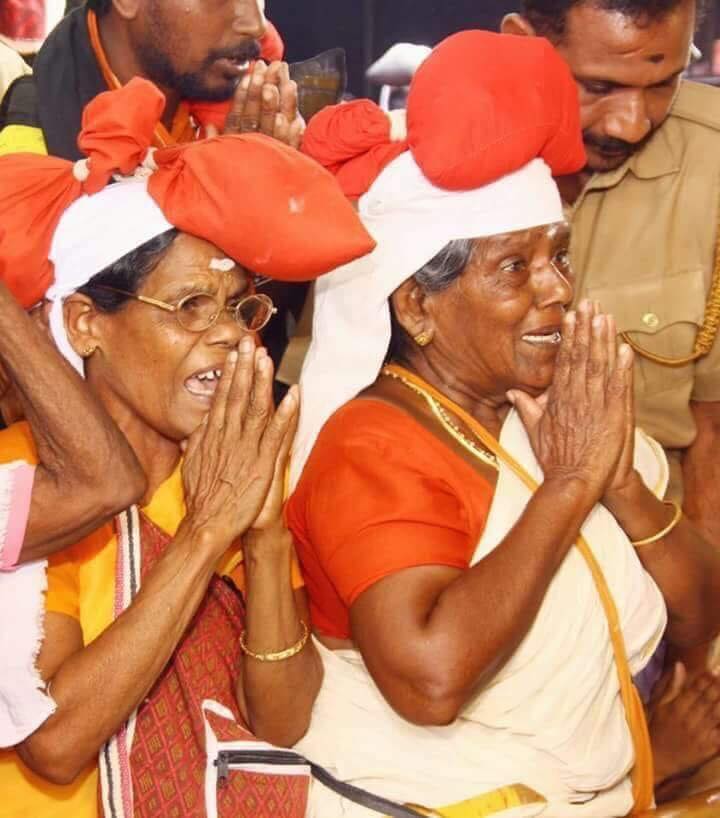 “In Judging of those ancient religions, we must not take the standpoint to which we are inclined, but must put ourselves into the position of thought and life of those early times”  Swami Vivekananda

Recently, in a 4-1 decision, the Supreme Court came out with a verdict that allowed the entry of women of all ages into the Sabarimala temple. While the decision was hailed as being a landmark victory by many, it was a severely flawed verdict that not only lacked perspective, but also showed selective secularism that penalised one religion’s traditional customs (no matter how unfair they may seem), but ignored other religions’ traditions that might be just as, if not more, unfair or outdated. So at the risk of being labelled as a sexist or misogynist by the liberal and feminist mobs on social media, let me just say that the Supreme Court’s decision was wrong, biased and incredibly damaging. Allow me to further explain why that’s the case.

Justice Indu Malhotra, the sole woman judge sitting on the Constitutional Bench that delivered the Sabarimala verdict, was also the sole dissenting judge in the verdict. Being a woman, many were surprised by her dissent, but what those people (and the biased liberal media) failed to notice or report on were the gamut of  justified reasons that caused her to dissent.

Firstly, as the judge rightfully and sensibly pointed out, if any PIL that challenges a religious practice is taken at its face value, it can end up causing severe and irreparable damage to our democratic nation’s constitutional and secular fabric. Secondly, Justice Malhotra also rightfully argued that Article 14 of the Indian Constitution (that prohibits discrimination on the basis of race, sex and caste) cannot be the ONLY factor used to regulate a religious tradition. Perhaps most importantly, Justice Malhotra pointed out that women’s entry being barred into the Sabarimala temple was an isolated case and NOT reflective of the Hindu religion or its customs as more than a thousand Ayyappa temples actually allow women to enter their premises. These arguments being made by a renowned female Supreme Court justice give them more gravitas and authority, and should be taken seriously.

My view on this matter is a bit different. I may not personally agree with the Sabarimala Temple doctrine, but I also understand that I don’t harbout the authority to condemn or judge an ancient religious tradition or custom, one that has been in practice for centuries. I also believe that the Supreme Court came out with an incredibly narrow verdict that ended up being a lost opportunity. For instance, why couldn’t the Supreme Court have come out with a sweeping mandate that would allow women of all ages to enter ANY place of worship – be it a church, a temple or a mosque? Why couldn’t the Supreme Court take this opportunity to address the blatant inequality that countless Muslim women have to deal with? Is equality – and Article 14 of the Indian Constitution – only applicable to one religion? After all, let’s not forget the injustices and sexism that Muslim and Christian women have to contend with just to enter their places of worship. Nuns are forced to wear a veil that covers their hair and ears when in Church. Muslim women are forced to wear the hijab or niqab to enter many mosques. In fact, Muslim women aren’t even allowed to enter some mosques. Why couldn’t the court address those issues as well? This glaring contradiction becomes even more alarming in light of recent news that a Muslim women filing a petition to enter a mosque in Kerala.

I also don’t understand why the Supreme Court couldn’t even hear the millions of men and women who wanted to put forward their side of the issue. After all, if the few applicants who advocated for the entry of women into the Sabarimala Temple could be heard, then shouldn’t the same liberty have been accorded to the millions of men and women who were against this verdict? Is the right to protest and dissent that weak in our nation, one that happens to be the largest democracy in the world? It’s also important to understand that the Supreme Court, and all of the honourable justices who sit on the Supreme Court, need to stay away from indulging in Judicial activism. The verdict that came out was selective and narrow in its nature, and also reflected judicial activism at its worst.

Liberal news anchors have been having a field day with this verdict, hailing it as a “victory for equality”. To them I ask three question. Why don’t they cover gross violations of human rights like Triple Talak? Why aren’t they just as outraged when women are forced to conceal their face to enter a mosque? And finally, why doesn’t the Bishop – who allegedly raped a nun in Kerala – getting bail elicit the same response? I hate to be cynical, but the media’s biased response makes me wonder if any international religious organisations have something to do with this.

While we are on the subject of news anchors, I also want to make it incredibly clear that, that I don’t condone ANY violent attacks on women – be it Republic TV’s journalists or common citizens – that have allegedly taken place today. While people’s sentiments are understandably heated and flared up, there is no place for violence in a peaceful protest.

In closing, I’d just like to say one thing – either the Supreme Court should accept the review petition and let the voices of those against this verdict be heard, or the Supreme Court needs to stop practicing selective secularism and come out with a verdict that allows entry of ALL women  (from all age groups) into ALL places of worship, irrespective of their religious identity. ‘Different strokes for different folks’, after all, shouldn’t be the Supreme Court’s moto.