Data, as we all know is a big deal owing to the tremendous prospects it can give rise to. While a large majority is now aware of the immense potential that data holds, more cognizance needs to be brought around the issue of data sovereignty in India.

“First they ruled us with guns and swords, then they dictated terms to us on Oil, and now they’ll come after us with Data,” says Mr. Vinit Goenka, Author, Secretary Center for Knowledge Societies, Member-Governing Council, CRIS, Ministry of Railways.

As various other countries move in the direction of data sovereignty, experts are of the view that India also needs to adopt policies that encourage the same.

Why India Should Move Towards Complete Data Sovereignty?

Data sovereignty is an idea that involves coming up with rules and policies to regulate data in a manner that is subjective to the laws and governance structures within the nation it is collected. Data sovereignty or data localization would also involve organizations hosting their data centers within the country. 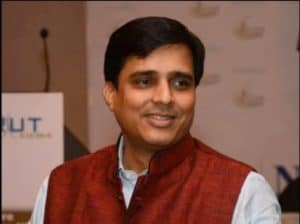 “Firstly, many of our corporates and people who work with them are not aware of the implications of data privacy. Once the data goes through to someone else, then it is no longer your data. The data is either in the public domain or is with the holder of the data. Secondly, there are some people who are aware of the implications but do not react to it as they are bound by their jobs. However, thirdly, some people have been deployed to hinder the process of data localization. They put forth arguments like why should data centers be located here when we already have data centers in foreign locations. This category of people is more dangerous as they are advocating something despite knowing the implications,” said Mr. Goenka to DataQuest.

“We should be in charge of our data. One of the authors of the book very rightly said that they came to our country to buy spices, and then started ruling us. Now, they are coming for the data. They ruled us at the time with guns, and if we allow them, they will rule us now with patents,” he added.

Mr. Goenka believes that companies could always shut down their data centers abroad and ship them to India. “Government can come out with policies to give SEZ (Special Economic Zone) lands for free, or subsidized electricity. Since we have labor arbitrage, our labor costs are much lesser when compared to abroad. Also, we can always amend our laws to help companies. As far as privacy is concerned, we can adopt laws from other countries to protect data here. Furthermore, the number of data breaches and related incidents are negligible in India,” says Mr. Goenka to those raising concerns on costs of hosting data centers within India and data privacy.

India being a country with 1.3 billion people generates data that is equivalent to one-fourth of the world’s entire data. Therefore, those who need access to this data can follow the rules, regulations, and laws of this country, said Mr. Goenka.

Data Sovereignty: The Pursuit of Supremacy

The book was launched in Mumbai first, and then in Delhi this week.
The book, Mr. Goenka says, has been penned down as an effort to encourage policymakers on data localization and create awareness among the people of the country on the potential of data and implications of data being exposed to outsiders. The book is for policymakers; however, the policy document has been put in very simple and layman language so that even the common man can understand the same as they are the ones who ultimately influence the policies.

Furthermore, Mr. Goenka plans to continue his efforts to achieve complete data sovereignty by educating members of the parliament and by interactions with the bureaucrats on the issue or even through courts to form the right policies that restrict the movement of data outside the precinct of India.

“Let’s stop getting dictated and start dictating the terms instead,” said Mr. Goenka in conclusion.