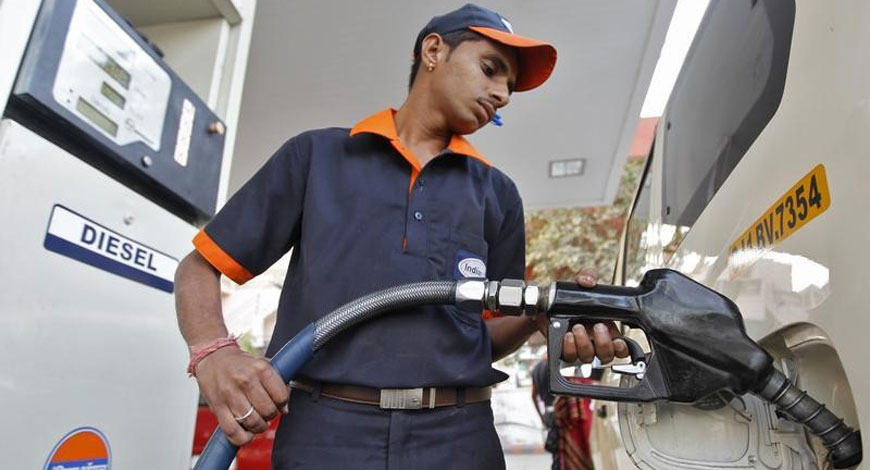 The opposition’s hidden agenda notwithstanding, however, it’s incredibly unfair and ignorant to just blame the Central Government for these fuel hikes

During the last few weeks, the opposition has been having a field day due to the rising prices of petrol, wasting no time in utilizing the trend as one of those rare opportunities they can use to attack the Modi Government. It’s understandable why they’d want to do so – after all, the corruption and scandal free NDA government hasn’t given the opposition or the liberal media many reasons to criticize its functioning. The opposition’s hidden agenda notwithstanding, however, it’s incredibly unfair and ignorant to just blame the Central Government for these fuel hikes. Allow me to explain just why that’s the case.

The cost of petrol, at any given time, doesn’t just include the price of the fuel, but also takes into consideration the fluctuations of international currencies, as well as the taxes imposed by the Central and State Governments. It’s important to point this out because in a state like Karnataka for instance, a state which is ruled by the Congress, the heavy taxes imposed by the state government directly result in the rise in petrol prices in Bangalore. In fact, the tax imposed by the state governments roughly amounts to 42 per cent of the total taxation that is imposed on fuel prices.

Additionally, there is the freight cost of the transportation of petrol itself, as well as the profits that are assigned to dealers, both of which end up increasing the price of petrol. The immediate impact of Hurricanes Harvey and Irma can also not be overlooked as both of those natural calamities have had a direct and devastating effect on the production of petroleum in the United States, which has then had an impact on the cost of petrol in other countries (including India). It’s important to highlight all of this because fuel prices aren’t just decided by the Central Government alone; rather they are decided by an incredibly complex network of external factors, many of which just aren’t under the control of the Central Government.

Apart from these aforementioned external factors, it’s also important to understand that fuel prices aren’t just determined looking at the consumption pattern as the Government also has to ensure that the Foreign Exchange Policy is not violated – this includes ensuring that the Balance of Payments Account is always maintained and that the Government does not allow its people to keep on importing petroleum just because of a price variation in the international markets. Finally, earlier when the petrol prices were skyrocketing and there was a deficit, that deficit was paid off by other taxpayers. Now that the prices have been balanced, it’s only natural for some amount to go to the Government’s pool.

It’s also important to understand that under the Modi Government, transparency has been made a greater priority than ever before. As such, any fluctuations in the International Market will directly be passed on to the consumer. The entire deficit pool which was rationalized by Petroliam Minister Ram Naik during the NDA government under PM Atal Bihari Vajpayee for 15 days a month has now been rationalized to an everyday affair under the Modi sarkaar. If anyone wants to look at the calculations as to how the fuel prices are being deduced, he/she need only look at the websites of oil marketing companies to do. We should be celebrating this level of transparency being practiced by the Central Government, something which earlier UPA governments had never bothered thinking about.

I am also hearing some sections of liberal media talk about the Government’s decision to ask people to subsidize their LPG to help poorer sections of our society and paint it as a smokescreen that has enabled this rise in fuel prices. I find such talk to not only be incredibly naïve, but also extremely offensive. By asking all those people who don’t want subsidy to give it up (numbering at more than one crore!), the Government has actually enabled a direct transfer of subsidy to the needier sections of our populace, thereby ensuring that hundreds of thousands of people are benefited by the Government’s scheme. To look it as a flawed or failed policy just because of rising petrol prices controlled by a variety of external factors insults the spirit of community that was showcased by one crore Indians who decided to give up their subsidy. In closing, I’d just like to say that, while I understand just how laboring increased fuel prices can be, it’s naïve and ignorant to solely blame the Central Government for it, especially when the Government is doing everything in its power to reverse this global trend.