WHY IT’S ESSENTIAL FOR AN INDEPENDENT INDIA TO FOCUS ON CYBER SECURITY? 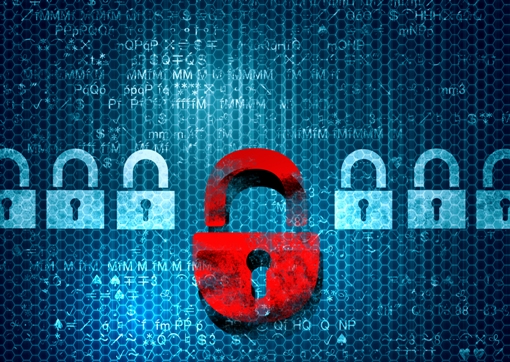 Just in a few days, India will proudly be celebrating its 70th year of Independence from British Raj with great zeal and fervor – a day when India will pay tribute to all of its valiant freedom fighters, ones who sacrificed their lives to give us the India we are proud of today.

Needless to say, it’s a day when patriotic fever will be running at an all-time-high and when all Indians would proudly be looking at the inspiring and tremendous journey that India has been on from 1947 to 2017, all the while shedding light on all the strides it has made as a nation.

Since independence, India has seen its share of conflicts, struggles and still faces numerous challenges. But despite all of that, it is now poised to reach a higher position on the world’s power index than ever before. Being the world’s fourth fastest growing economy (as recorded in 2017) with a 7.2 percent projected growth, and having the world’s third largest economy in terms of real GDP (PPP), the Indian economy has grown at an average of 6 percent (approximately) annually over the past decade and 8 percent per year over the last three years, which is among the fastest rates in the world.

As such, India has economically positioned itself on the path to becoming the world’s next superpower.

But, it’s not just in field of economics where India has shone after independence. When it comes to the defence sector, India is considered to be one of the most formidable countries in the world. And why shouldn’t it be? After all, we have the second largest standing army in the world, with 1,200,255 active troops and 990,960 reserve troops who play a crucial role in combating anti-terrorism activities and maintaining national security.

Additionally, the Indian Navy is the fifth largest in the world, and the Indian Airforce the fourth largest. India also happens to be a nuclear power, one that seems to be adding to its nuclear arsenal with work on six additional nuclear reactors being under progress.  Needless to say, when it comes to its defence capabilities, India is a force to be reckoned with.

Having said that, there is still one integral aspect of its defence sector that India hasn’t been paying enough attention to, one which, in today’s day and age of rapid technological advancements, poses a bigger challenge than ever before – cyber security. The world may acknowledge India as an Information Technology superpower, but its very own official cyber security workforce comprises of a mere 556 experts deployed in various government agencies, a number, which is highly inadequate as compared to the manpower that is engaged by China, the United States and Russia in the security of its I.T. systems.

Additionally, while India is ranked a high 23rd out of 165 nations (with a score of 0.683) in a global index that measures the commitment of nations across the world to cybersecurity, it is still classified under the “maturing” category, and not the “leading” category that includes countries like Singapore. France, United States and Australia.

In the wake of the latest cyber-attacks that were conducted by Russia on the Democratic National Convention’s database, thereby influencing the United States Presidential Election in 2016 in favour of Republican candidate Donald Trump, as well as the WannaCry ransomware attack which targeted computers running the Microsoft Windows operating system by encrypting data and infected more than 230,000 computers in over 150 countries, ensuring you country’s cyber security should be a bigger priority than ever before.

Thankfully, India hasn’t been completely oblivious to the growing necessity of ensuring cyber security. It has set up its own ‘cyber security architecture’ that will comprise of the National Cyber Coordination Centre (NCCC) for threat assessment and information sharing among stakeholders, the Cyber Operation Centre that will jointly be run by the NTRO and the armed forces for threat management and mitigation for identified critical sectors, and the National Critical Information Infrastructure Protection Centre (NCIIPC) under the NTRO for providing cover to ‘critical information infrastructure’.

The government is also coming up with a legal framework to deal with cyber security attacks, and has decided to allocate Rs. 1000 Crore to improve India’s cyber security.

Considering the fact that we are ushering in the 70st year of our Independence, it’s more essential than ever before for India to focus on increasing and maintaining its cyber security, especially if it wants to continue maintaining its national security and keep its citizens safe.