The Good, Bad And The Ugly Of Internet Trolling 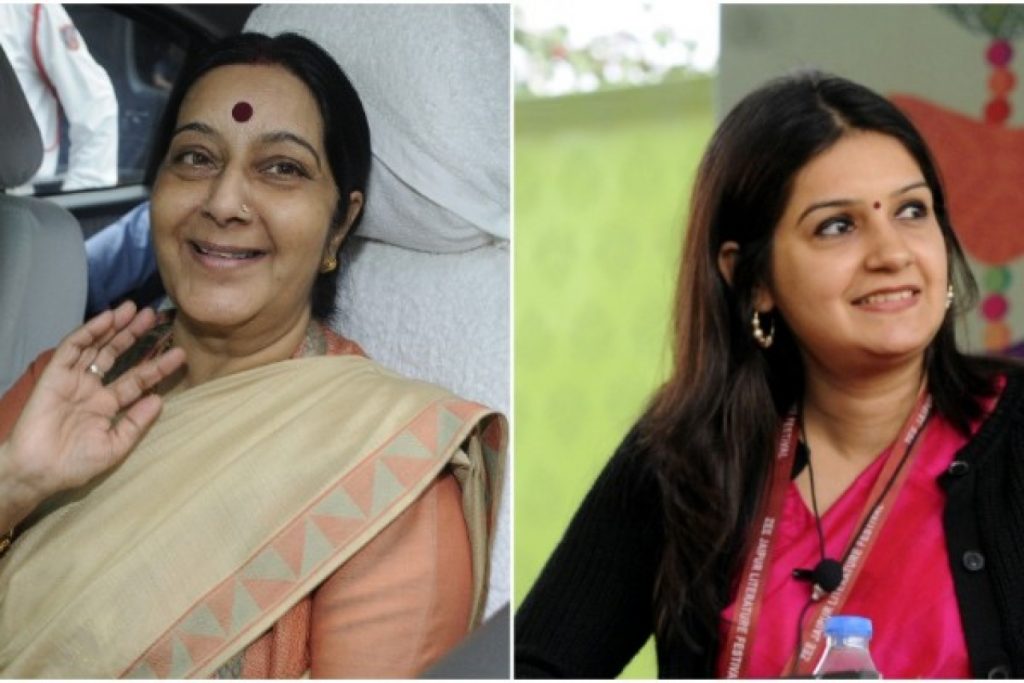 Recently, a lot of hullabaloo was made on Twitter regarding the trolling that External Affairs Minister Sushma Swaraj was subjected to, allegedly from right-wing handles. There was also a lot of outrage against the heinous tweets that were made against Congress spokesperson Priyanka Chaturvedi and the rape threats to her minor daughter. This is not the first time in the history of the country that social media has seen such abusive trolling.

It has happened earlier with several individuals, man or woman, right-winger, left-winger or an eminent personality with no leanings. Now, before I say anything else, let me make one thing very clear – not only are these abusive tweets utterly deplorable, but they are also rightfully being objected to by all sides of the political aisle. On that front, there can be no doubt. But the reactions and noise in regards to this trolling initiate an exciting conversation about three things – the nature of trolling itself, the onus of holding people accountable for the trolling, and the preventive actions that can be taken to avoid, or at least curb, this menace.

First of all, it is essential for all of us to understand that in a democratic country like ours that champions freedom of speech and expression, there is a very fine line between the former and what can be constituted as ‘trolling’. While there is no question that any trolling that is abusive, or that which incites violence cannot and should not be tolerated under the guise of ‘freedom of expression’, a significant section of the trolling that takes place is not abusive in nature. And as harsh or mean-spirited as it can be, one has to factor in the very thin line between it and the freedom of speech and expression under the Constitution that is accorded to all Indians.

I also find it incredibly amusing, if not outright bizarre, that the Prime Minister of the country is expected to comment on any and/or every incident of trolling that takes place on Twitter, as if he doesn’t have any other work or responsibilities to carry out towards the nation. When the Sushma Swaraj trolling incident took place, many were wondering why the Prime Minister didn’t say anything about it. To those people, I ask two simple questions – why should he be required to speak on the actions of a few trolls? And do you believe that a minister as powerful and influential as Swaraj cannot handle things herself?

Also, it seems like the Opposition is suffering from a severe case of amnesia as it looks like they’ve forgotten all those times when the Prime Minister had unequivocally spoken for women’s empowerment (his speech at the Red Fort on 15 August 2014 comes to mind). We have heard him at various fora talking about treating the girl child with respect and equality. When the Prime Minister has already made his stand clear on crucial subjects such as women’s empowerment, equality of all citizens, non-tolerance of violence, crystal clear, why should he be asked to reiterate it again and again when incidents happen?

I also understand the concern in the media regarding the Prime Minister following specific Twitter handles. But I would also like to ask the same media representatives where this concern disappears when Rahul Gandhi follows handles of people who have been booked under various sections of the Indian Penal Code (IPC)? Clearly, violating the IPC code is a far more severe offence than trolling people online. The likes of Sanjay Nirupam, Digvijay Singh, Shashi Tharoor and P Chidambaram are all followed by Rahul Gandhi. Also, he has openly met a convict called Lalu Prasad Yadav recently. Why isn’t the media calling him out on this?

Why is only Modi being subjected to such a one-sided and biased scrutiny? And, I find it incredibly amusing that some elements in society, especially, those who failed in the school of morality, have now self-appointed themselves as the vice-chancellors of the “University of Morality” and are issuing certificates and guidelines to others about how an individual including the Prime Minister should behave on social media.

They want to decide whom the Prime Minister should follow, like, retweet on social media. The same section of society is trying to build a narrative that all the content that is objectionable, derogatory and fake is right-wing sponsored and hence, it is directly or indirectly instigated by the BJP, the RSS and its affiliates.

There seems to be a conscious effort to discuss this on all primetime channels to divert attention from the development agenda. Some arguments have been as bizarre as linking the Dhule mob lynching to the government of the day. The double standards are exposed when the same set of people in society oppose any initiatives taken by government to bring fake news under the scanner by talking about “freedom of expression” and “right to privacy”.

The beauty of social media has been user anonymity, but is this anonymity the main reason for abusive trolling and derogatory content? Seeing the seriousness of the menace now in India, there are a few solutions that can be implemented.

I firmly believe that the Know Your Customer (KYC) system be made compulsory through either mobile phone or Aadhaar verification. Social media companies should also come clean in case a handle is registered outside Indian soil. Social media and technology companies cannot evade their responsibilities, and must invest in research to figure out how to trace and identify such handles in the interest of national security, crimes and other sensitive issues.

Data sovereignty and data localisation must be initiated whereby, technology- providing companies must bring their servers to India. India accounts for one-sixth of the world’s population; hence the companies must abide by Indian laws. That will also help law enforcement agencies track crimes faster.

Law-enforcing agencies must be trained to handle such cases, and we need to make sure that any complaints that are filed against online trolling, be it in police stations or cyber crime cells, are taken just as seriously as any other First Information Report (FIR) would be. If the police are sensitised, we will automatically be able to curb the menace of online trolling and fake news more effectively and efficiently.

The menace of trolling is a bane that has come along with the boon of social media – and while it is undoubtedly a menace, it doesn’t discount all the positives that social media has brought to the table. The Indian Railways has wholly transformed itself when it comes to handling grievances on Twitter, and so has the Mumbai police. As such, we all need to work together across the political and ideological aisle, to make sure trolling doesn’t diminish the joy of social media and free speech. It is society that has a collective responsibility to use this beautiful medium for nation-building and growth.