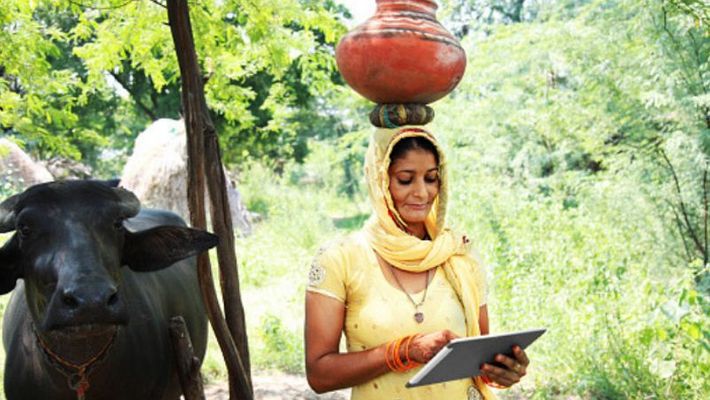 https://www.mynation.com/views/an-open-letter-to-anand-sharma-on-women-s-empowerment-by-modi-pl2c2u
HIGHLIGHTS : Among the very first initiatives launched by the Prime Minister is the Beti Bachao, Beti Padao Yojana with initial funding of Rs 100 crore. Primarily meant for gender critical districts and cities, the slogan was successful in driving home the message that girls need to be valued, and by educating them, the parents are securing the nation’s future

Today I heard your discussion in the Rajya Sabha on the Quota Bill. While you were speaking on the subject, you questioned the Women’s Reservation Bill and the Modi government’s intention and work done in India in the past four years. I wish to submit my views on the same, sir, as a humble karyakarta of the party.

India has always been a land of paradoxes. While from time immemorial, the female form has been venerated in the form of some of the most powerful forces of the universe, the societal realities have been starkly different.

The political parties that came one after the other to power (15 general elections since independence, the Congress with an outright majority on six occasions and leading ruling coalition a further four times, headed the central government for 49 years) limited their rhetoric of women empowerment to campaign speeches and never took a step beyond that.

This is especially true of the Congress that had a woman Prime Minister and currently has a woman at its helm of affairs and is under the delusion that women across the country are born into the same opportunities and privileges that they are accustomed to seeing in Lutyens Delhi.

The Women’s Reservation Bill or the class-based Quota Bill both could have been brought in by the Congress way back in India, during nearly 50 years of Congress rule.

Under the leadership of Prime Minister Narendra Modi – whose modest roots have always helped him understand where the real concerns of the nation lie – it was recognised in the very beginning that a nation cannot progress if its women are left behind. While the Opposition was busy in scoring political brownie points, the Prime Minister and his team quietly and stoically worked towards empowering women across all strata of society.

It was truly an exercise that made the girl child take confident strides as she paved her own path. In a country with a highly skewed sex ratio of 112 males per 100 females, the steps taken by the BJP government has ignited hopes for a future that will be owned and led by women of the country.

Among the very first initiatives launched by the Prime Minister is the Beti Bachao, Beti Padao Yojana with initial funding of Rs 100 crore. Primarily meant for gender critical districts and cities, the slogan was successful in driving home the message that girls need to be valued, and by educating them, the parents are securing the nation’s future.

The long-held myth that a girl child is a burden on a family is slowly getting dismantled through effective governance. The Congress continues to make fun of this initiative but fails to recognise the significance of this program even after 70 years of independence.

Next came the Swacch Bharat Abhiyaan which was a one-of-its-kind initiative aimed at restoring the dignity of women. With over eight crore toilets built in the last four years, the BJP government has succeeded in not just ending the perils of open defecation but bringing about a behavioural change in the country.

The sensitivity that the government has brought in its policy formulations will stand out as one of its most shining achievements. Many schools didn’t have separate toilets for the girl child and this was a major hindrance for the enrollment of girls in schools. Can you please throw some statistics on how many toilets were built by the Congress Government until 2014?

It was this innate understanding of what would empower the Indian women that led the BJP government to give six crore LPG connections in four years against 13 crore in the last six decades under the Pradhan Mantri Ujjwala Yojana.

The preceding government in power which has always claimed to stand with the oppressed sections of society never saw the sufferings of those thousands of women forced to fetch firewood and spend a good part of their lives inhaling the toxic kitchen smoke. For Prime Minister Modi and his government, the process of empowering women did not stop at the kitchen. The LPG connections were only the first step in giving them the time and space to be self-reliant.

This was then backed by schemes like Jan Dhan Yojana under which 33.5 crore accounts were opened and Direct Benefit Transfer (DBT) of subsidies linked to Aadhaar which finally helped eliminate the role of middlemen and corrupt officials in the country. Today, DBT has reached the last mile despite the din made by the opposition against the utility of linking Aadhaar number to the schemes.

For a party whose Prime Minister Shri Rajiv Gandhi had accepted that wealth is being squandered away midway before reaching the last mile, it is not surprising that the new wave of transparency ushered in by the BJP government has also brought with it an existential crisis for them.  Beyond all the politics, the real success of the scheme lies in the fact that Jan Dhan Yojna and access to local banks like Post office and Digital India gave women the confidence to handle finances on their own and aspire for greater heights.

The government did not disappoint at the next stage too. By launching the MUDRA loans which provide up to Rs 10 lakh for small and micro enterprises, it ensured that there was enough support available for the women who took the brave steps of coming out of the confines of their homes to carve out an identity for themselves.

Augmenting this is Ayushman Bharat, the world’s largest health insurance scheme which will ensure that disease no longer pushes an entire family to the brink of impoverishment and the women in the house do not have to sell or mortgage their ornaments, valuables and stree–dhan.

Another important fact that needs to be noted is that women in urban India have also equally benefitted from the labour reforms and schemes launched by the government.

The Maternity Benefit (Amendment) Act, 2017 has taken into consideration the needs of a contemporary woman by including clauses like work from home, an extension of maternity leaves for six months, and mandatory crèche facilities for organisations with more than 50 employees. It has ensured that the employment of a woman will be protected while not compromising on her position as a caregiver.

What also needs mention is the step to incentivise the employment of more women in the formal sector by reducing the contribution of women employees to 8% for three years from 12%.

All these steps would have been rendered meaningless if measures were not taken to address the safety concerns of women. The anti-rape law which accord death penalty for those raping girls below the age of 12 years is an important step in curbing crimes against women and young girls.

Through the provisions introduced in the law, consent will no longer remain an alien term to men, and women are finally being provided with safety and security that is among their most basic rights.

I want to ask a question — why did the Manmohan Singh Government not take this decision during the Nirbhaya rape case? What stopped them from an ordinance that time?

Speaking of consent and rights, an important milestone that will go down in the history of women empowerment in India is the introduction of the Triple Talaq Bill. Since the party before the BJP that ruled the country for over five decades put the politics of appeasement above gender rights, a practice as regressive as triple talaq was allowed to continue till now. If the debate has at last been initiated in the country, it is only due to the gumption that the ruling government has shown in making certain that every woman is treated with dignity and respect in the country.

Today, with a government of such high conviction leading the country, what was considered impossible four years ago, are turning into realities. Two of the most important portfolios – that of external affairs and defence – are held by women who are inspiring millions with their grit and determination. The cabinet consists of the highest number of women today compared to any time in the history of independent India. The Indian Air Force has inducted women as fighter pilots and the Indian Army has a permanent commission for women officers. In each and every field, be it sports, science, education, technology, arts and culture, women are doing the country proud and has opened up possibilities that have so far remained hidden.

In four years, what the country has achieved in terms of empowering its women is phenomenal. India has come beyond the election sloganeering to tap into the potential of a section that has been neglected for too long. While the loudest of noises were always from the Congress in calling for women’s empowerment, they have all been nothing but empty promises for so long. Perhaps the time is now right for the Congress to do some introspection and understand from the BJP the real meaning of governance and the power of nari shakti, a force which has the ability to rewrite a nation’s destiny.

Instead of empty rhetoric, the Congress must accept the fact that whatever the Modi government has delivered for women (irrespective of caste and religion) in India today is unprecedented and that your age-old party has failed to deliver for Indian women so far. Today the woman of India understands that Modi ji has delivered to his promise of “Sabka Saath Sabka Vikas”.